Is the EU Giving Up on Net Neutrality?

Paris, 20 November 2014 — After EU Commissioner Oettinger's outrageous blog post, the bad news keeps on coming from the front of Net Neutrality. The principle, strongly defended by the Members of the European Parliament on April 3rd is worryingly jeopardized by an agreement currently discussed within the Council of the European Union. Governments are about to give in to the demands of big telecom operators by creating Internet fast-lanes whose access will be sold to dominant online services like YouTube or Netflix. Such unacceptable move, amounting to discriminating communications of all EU citizens, must be denounced by our representatives at the EU Parliament!

A leaked document1 (note and addendum), presented by the Italian Presidency on November 14th, reveals the bad turn that EU Member States are taking on Net Neutrality during the negotiations of the EU telecom regulation. Last April, EU Parliament adopted a first-reading version of the text that included a strong protection of Net Neutrality, designed to protect EU citizens against discrimination of their communications online. Right now, EU governments are about to dismantle it all. 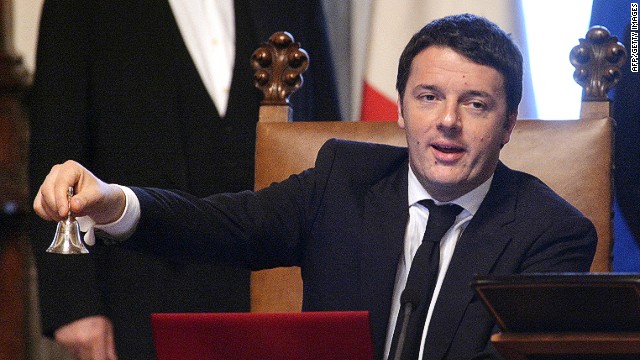 Matteo Renzi, President of the
Council of the European Union

The proposal of the Italian Presidency suggests, inter alia, the deletion of “Net Neutrality” and “specialised services” definitions, which erases all the protections that the European Parliament brought to the open Internet against the harmful commercial strategies of the Internet biggest companies.

Furthermore, the Italian Presidency – and many other Member States, like France, seem to welcome the idea – also proposes to limit the restrictions imposed on the ISPs, for the implementation of traffic management measures. In particular, the text would allow websites censorship decided by government agencies in charge of regulating the telecom sector without any judicial intervention.

“The turnabout of the Italian Presidency – with the active complicity of Member States such as France or the UK – is a regretful betrayal, especially if we recall the good intentions proclaimed at the beginning of its mandate. The working document currently discussed by EU governments is a slap in the face of all the EU citizens and lawmakers who fought for a true protection of Net Neutrality in the Spring. Just when Barack Obama is taking strong positions in favour of Net Neutrality and is calling on banning paid prioritization, EU governments are giving in to the shameless lobbying of dominant telecom operators. By doing so, they are effectively preparing the end of the Internet as we know it, and of all the benefits it brings for democratic participation and innovation”, said Félix Tréguer, co-founder of the advocacy group La Quadrature du Net.

“We call on Commissioner Ansip – whose declarations about Net Neutrality during his confirmation hearing have been encouraging – as well as on Members of the EU Parliament to intervene in this debate to ensure that meaningful provisions protecting Net Neutrality remain in the text. Failure to do so would be a sign of major political weakness, democratic renunciation and would stick with them until the end of their term”, concluded Miriam Artino, legal and policy analyst of the organisation.