Net Neutrality: A Great Step Forward for the Free Internet!

Brussels, 3 April 2014 — Today the European Parliament adopted in first reading the Regulation on the Single Telecoms Market (see the vote call). By amending the text with the amendment proposals made by the Social-Democrats (S&D), Greens (Greens/EFA), United Left (GUE/NGL) and Liberals (ALDE), the Members of the European Parliament took a historic step for the protection of Net Neutrality and the Internet commons in the European Union. La Quadrature du Net warmly thanks all citizens, organisations and parliamentarians who took part in this campaign, and calls on them to remain mobilised for the rest of the legislative procedure. 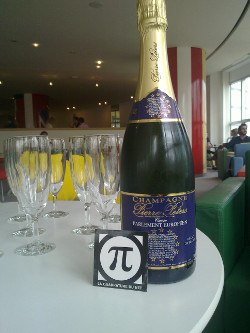 After years of inaction and only a few months before the end of her term in office, EU Commissioner Neelie Kroes1 presented a proposal for the regulation of the Telecom Single Market in Europe in September 2013. Although it claimed to contain a real defence of Net Neutrality, it in fact introduced a version of the principle that stripped it of all real meaning. Despite much criticism2, Kroes rushed the adoption by the European Parliament so that it could be voted before the European elections of May 2014.

This positive vote is the direct result of a very strong citizen mobilisation3 and the constructive work of Amelia Andersdotter (Greens/EFA – SE), Catherine Trautmann (S&D – FR), Petra Kammerevert (S&D – DE) and Marietje Schaake (ALDE – NL). The adopted text contains a rigorous definition of Net Neutrality and grants it a normative scope4. While allowing telecom operators to develop access offers with a quality of service optimised for specific applications that could not run properly on the so-called "best-effort" Internet, this text provides a good framework for "specialised services" that ensures non-discrimination between providers of such applications and protects the bandwidth allocated to the Internet5.

Even if some amendments that aimed to give the text greater coherence and clarity or lay out stronger enforcement mechanisms were not adopted, the text passed today represents a clear victory for the protection of the free Internet. This is especially true in comparison of Neelie Kroes' original proposal. La Quadrature du Net warmly thanks all citizens and organisations who took part in this campaign for Net Neutrality, as well as the MEPs who fought hard for the free Internet in the last days of their mandate.

In the coming weeks, as the legislative procedure on the regulation will proceed to its next phase, we must maintain the greatest vigilance. It is now to the Council of the European Union (which, along with the European Parliament, is the EU co-legislator), to deliberate next 5 and 6 June of this year. As national governments are easily influenced by dominant telecom groups, continued public interest and mobilisation is now necessary to ensure that the improvements to the text achieved today are not dismantled6.

“Today's victory on Net neutrality is the most important one for the protection of freedom online in Europe since the rejection of ACTA in July 2012. The EU Parliament made clear that the Internet commons should be free of corporate capture, and remain a space where freedom of communication and innovation can thrive. We warmly thank all organisations, citizens, and members of the EU Parliament who worked to achieve this result. We should now all remain watchful for the remainder of the procedure, as the text now goes to the EU Council where many national governments will seek to undermine Net neutrality provisions so as to please their homegrown telecom oligopolies. Even though we won today, the fight for the free Internet continues!” concluded Félix Tréguer, co-founder of the advocacy group La Quadrature du Net.