Brussels, 18 March 2014 — The “Industry” (ITRE) committee has just adopted its report on the Telecom Regulation and Net Neutrality. Despite improvements – especially in comparison with Neelie Kroes' proposal –, the committee and its rapporteur, Pilar del Castillo Vera, bowed to the pressure of the telecom lobby, and major loopholes remain in the text. If the Internet as we know it is to be protected from the rent-seeking behaviour of big corporations who dominate the digital economy, these loopholes must be closed during the European Parliament vote in plenary session on 3 April.

Since the first leaks of the EU Commission's proposal for the regulation of the Telecom Single Market, La Quadrature du Net and other civil society organisations have denounced its dangerous and misleading provisions on Net Neutrality. Overall, the different EU Parliament committees who worked on the dossier have improved the text over the last few week (see in particular the opinion report of the “Civil Liberties” (LIBE) committee). 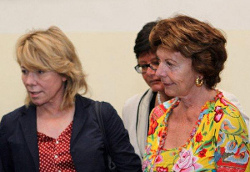 However, the lead committee for this dossier, the “Industry” (ITRE) committee, had yet to cast its vote. In an alarming move, Pilar del Castillo Vera (EPP – ES), the rapporteur for the ITRE committee, introduced a false definition of Net Neutrality in so-called "compromise amendments"1. In last-minute negotiations however, she was forced to accept a true definition of Net Neutrality, that is to say the principle according to which Internet "traffic should be treated equally, without discrimination, restriction or interference, independent of the sender, receiver, type, content, device, service or application" by telecom operators.

But another crucial question remained unanswered: Would the ITRE committee allow Net Neutrality to be bypassed completely by so-called “specialised services”2? Two competing compromise amendments were presented. The first one, supported by rapporteur Del Castillo Vera and the conservative group (EPP), as well as the euro-skeptic group (ECR) and the liberal group (ALDE), allows telecom operators to make deals with Internet services (e.g. YouTube or Netflix) to grant them priorised delivery through so-called specialised services.

The other compromise amendment, tabled by the socio-democratic group (S&D) led by Catherine Trautmann (S&D – FR) and backed by the Greens, would have prevented Telecom operators from undermining competition by making exclusive deals with the Internet giants on specialised services. It aimed to preserve the possibility for smaller and innovative actors to compete with established players on the open platform that is the Internet, without unfair competition from identical services delivered on specialised services. 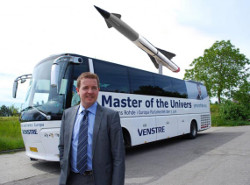 Unfortunately, members of the ITRE committee today remained deaf to citizen mobilisation and refused to adopt a rigorous definition of specialised services. Rapporteur Del Castillo succeeded with the support of the ALDE group, whose shadow rapporteur Jens Rohde (ALDE – DE) demonstrated disastrous leadership on this dossier during the whole procedure3. The telecoms' audacious lobbying of members of the committee seem to have played a crucial role in their final decision.

The text now goes to the rest of the Parliament, which will vote as a whole on the text in first reading on 3 April 2014, just before the recess due to the electoral campaign. To prepare for this final vote, several issues will have to be addressed4. MEPs should right away start working towards proposing amendments across political groups to correct the text's loopholes.

As many media outlets and public opinion around the world were alarmed by the recent decision of the D.C. Circuit Court of Appeals in the Verizon vs FCC case, the EU Parliament must show the way, and move towards enshrining this fundamental architectural principle of the Internet into the law for all of its 28 Member States. In the context of the upcoming European elections, citizen participation will be key in convincing EU elected representatives to protect the Internet, freedom of expression and innovation through Net Neutrality.

“Today's vote is a sign of the massive lobbying influence of big telecom operators over the European legislative process. The regulation's big loopholes will have to be corrected when the European Parliament casts its final vote in a few weeks. The many MEPs who have proposed constructive amendments at the committee stage now have an opportunity to table new amendments across party lines so as to ensure that the general interest prevails over the short-term commercial interests of the telecom industry.” said Miriam Artino, legal and policy analyst at La Quadrature du Net.

“What is at stake in this regulation is no less than the fate of the Internet commons. Are we going to let big telecom operators and Internet giants dictate the terms of the digital economy or will lawmakers adopt strong binding principles making sure that the Internet remains a decentralized platform for freedom of communication and innovation, where citizens and new entrants can challenge entrenched players? This is the crucial question that will soon be addressed through the upcoming plenary vote, and one that citizens should ask to their elected representative in Brussels ahead of the upcoming EU elections” concludes Félix Tréguer, co-founder of La Quadrature du Net.