Study Calls on EU Regulators to Free Up the Airwaves

The European Commission released a ground-breaking study on shared access to radio spectrum. The study, conducted by SCF Associates Ltd, calls for a sweeping reform of wireless communications policies, so as to free up more airwaves and pave the way for "super-WiFi" networks. The EU is severely lagging behind the US when it comes to adapting spectrum policy to new needs and possibilities, and this study should sound as a wake-up call for policy-makers. 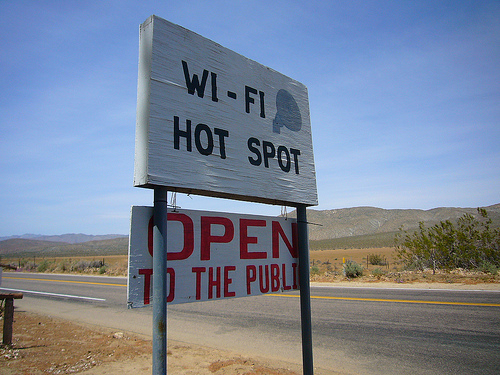 Things started well enough. In the Spring of 2011, the EU Parliament adopted important amendments calling the Commission and Member States to give unlicensed access to new parts of the radio spectrum1, in particular in so-called “white spaces” (bands of frequencies left unused by broadcasters2).

These were cutting-edge amendments. Fostering unlicensed access to airwaves would foster for the development of fast and far-reaching, WiFi-like decentralized wireless networks, as opposed to networks managed by one entity under exclusive licence schemes (be they a media broadcaster or a telecoms operator). Such licence-exempt access to spectrum would allow any citizen, community or business to communicate through the Internet in order to send and receive the content, applications and services of their choice, without risking to be slowed down or blocked by any operator. Besides advancing Net neutrality, such deployments would also be key to connecting remote or rural areas and bridging the “digital divide”.

But old habits were too strong. Member States watered down the Parliament's amendments to the RSPP, playing into the hands of incumbent telecoms operators by refusing any binding commitment to free up the airwaves. Now comes another opportunity to push for reform. As the EU Commission moves toward adopting a communication on "shared access to spectrum" later this year, a recently published study is as an important reminder of the need to break away from outdated spectrum policies. This extensive research should resonate as a wake-up call for EU policy-makers, at a time when the United States is already finalising a new regulatory framework to open up access to white spaces and extend unlicensed access to spectrum.

According to the authors, just when wireless traffic is surging, today's regulatory focus on avoiding radio interference between different users in a given band leads to severe underutilisation of spectrum. For instance, the study indicates that over Paris, the average spectrum use is as low as 7,7% of the 400MHz-3GHz bands! We therefore need to give up the "scarcity rationale"3, which serves to justify a tight regulatory control over spectrum users and types of uses, and move toward a more flexible approach, opening up access to new actors and services.

The study also makes clear that the more access is shared, the greater are socio-economic benefits. Stressing the tremendous success of WiFi, which today supports many more users that was originally thought possible and is increasingly used by mobile operators to offload their own cellular networks, the authors call for extending WiFi-like, licence-exempt access to new bands. They propose that a new 100 MHz chunk of spectrum be opened to new licence-exempt access, and another 400 MHz be granted to multiple users and services rather than allocated on an exclusive basis4. Like the EU Parliament, the study also calls for the swift regulatory approval of the use of white spaces and the promotion of so-called cognitive technologies, which facilitate the co-existence of several users on the same radio bands.

It is time for policy-makers to act.

"The European Union can no longer ignore the need for a bold overhaul of its spectrum policies. Today's outdated approach to managing spectrum, which largely relies on exclusive licences, is far from efficient and will fail to accommodate current and future traffic growth. Sticking to the status quo would amount to giving a blank check allowing mobile operators to implement unacceptable access restrictions, undermining Net neutrality under the guise of mitigating congestion. The EU must urgently move to extend unlicensed access to airwaves, so that citizens and businesses can build networks that suit their needs and deploy innovative services. As the EU Commission continues to work toward a policy initiative on the matter, it must resolutely support open spectrum to both help bridge the digital divide and kick-start a new wave of innovation in wireless communications", says Félix Tréguer, policy analyst for La Quadrature du Net.