[France24] Are French civil liberties another victim of Paris attacks? 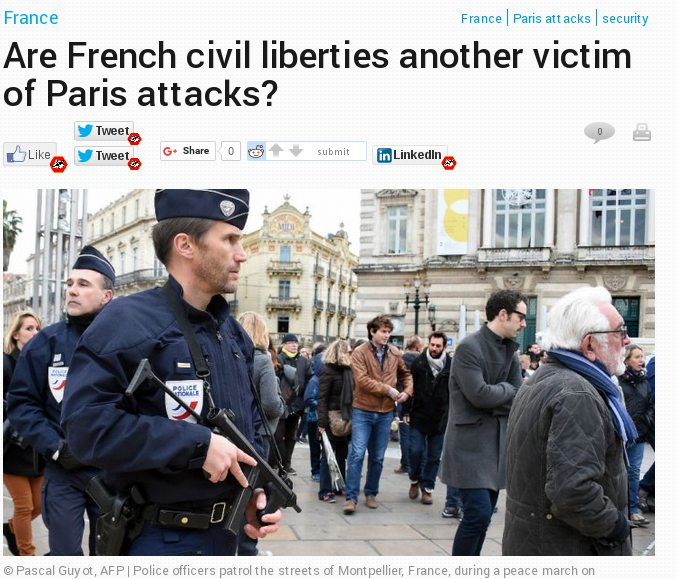 In the wake of the terrorist attacks in Paris, France has enacted a three-month state of emergency, widening the powers of police and security agencies. It has done so with relatively little public debate about the deterioration of civil liberties. [...]

The change in legislation effectively means that France will be in a state of emergency in December when voters cast ballots in regional elections. It also doubles-down on a law granting French authorities sweeping powers to eavesdrop on Internet and mobile phone users that was adopted as recently as June. [...]

Police have banned public gatherings and marches in Paris citing ongoing security concerns. Last week officials formally put the brakes on two so-called “citizen marches” in Paris meant to coincide with the start and the closure of the upcoming UN climate summit. More recently, authorities called off a rally in support of refugees in central Paris on Sunday. [...]